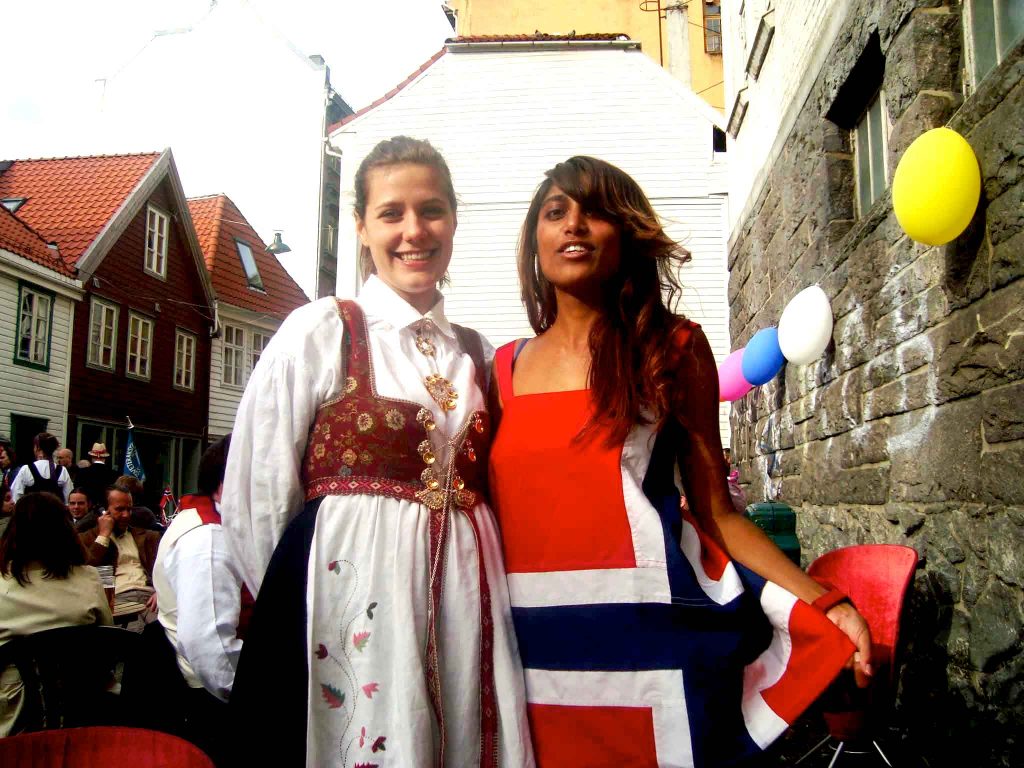 The Day I was the Norweigian National Flagg

Syttende Mai, Desecration of the Flag

Wearing the flag in this way is perceived by many as an act of defacement, illegal and highly disrespectful. My actions fuelled discussion that aired everything controversial about my actions. It exposed the vast difference in opinion and experiences but also between the values and history of two very different independent nations, divided by the North sea.

The portraits were later presented in a performance lecture, that was a commentary on the social, political, economic standpoint and traditions of Norway, in stark comparison to my own British Indian culture.