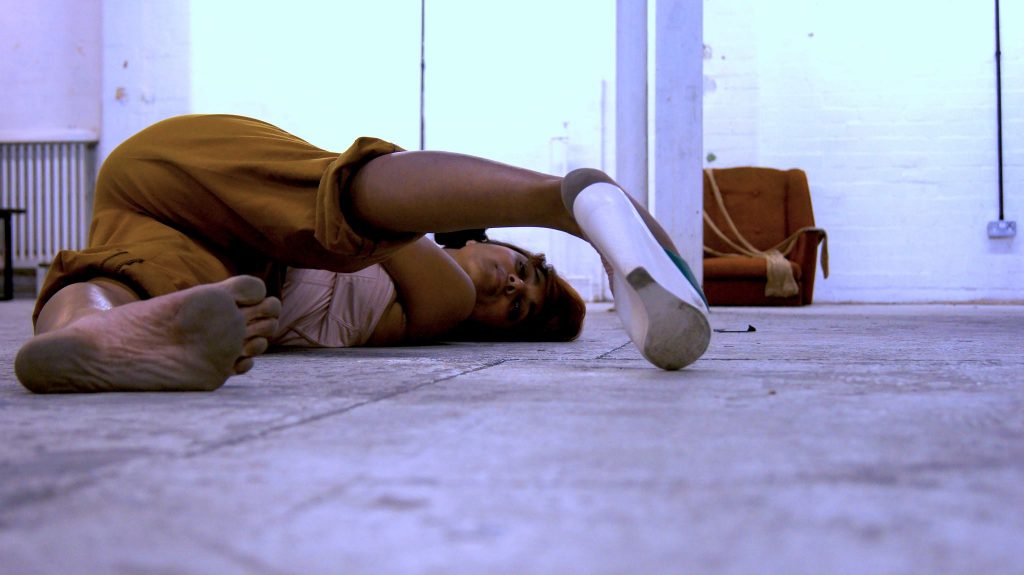 This work uniquely sits on the border of happening, sculpture and movement. A series of actions, sculptural poses and objects linked across site in sinuous task-like movements undertaking one action to the next. Addressing and animating the site directly, making a moving arrangement of performance actions that traverse through site.

Mistry is literally sculpting the site at times. Firstly by making sculptural shapes with the body, taking on the shape or poses of objects, finding ways to fit inside or around them and playing with them as extensions of the body. Secondly by making sculptural amendments to the site, attaching objects to surfaces, walls, floors and around pillars, reframing the space with hand drawn signs and symbols. Mistry animates a part of the space and then leaves it behind like the scene of an incident and works somewhere else. As she moves through space, the spectator shifts through too. The organization of site, object and audience are in flux. She makes simple movements, bold imagery that extends out, stretches across the space and then collapses. At other times she cuts through site with piercing sounds and runs of dynamic movements.
Audiences and actions are juxtaposed, interruption and stillness. The spectator is held in that captivating site between audience, action and performer.

Part of Performance That Bites, a night of experimental performance art inside the Vintage Warehouse, Nottingham A Live Art event produced and curated by Little Wolf Parade, An  immersive, multilayered, multi-arts-embracing Live Art venture, championing the future of Live Art and Performance Art.