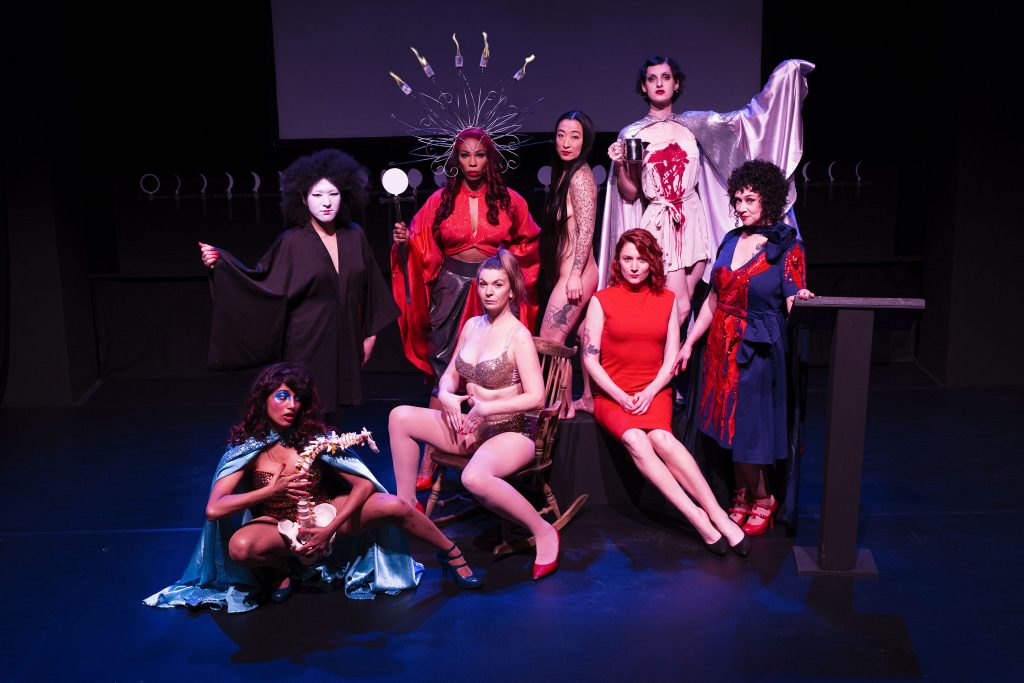 Dr Carnesky’s Incredible Bleeding Woman is a provocative, rigorously researched, untamed romp through Dr Marisa Carnesky’s PHD research into the importance of celebrating the symbolic and cultural power of menstruation.Alongside a cast of extraordinary women from UK’s alt-cabaret and live art scene,  Carnesky reinvents menstrual rituals for a new era drawing on the hidden power of a forgotten matriarchal past. This eclectic group of women met regularly on Dark Moons – the birth of the birth of the new moon – over many months to research the lore of menstruation, to enact ritual, and to create performance. The resulting research is presented by Dr Carnesky, who uses the form of a performance-lecture that is both serious and tongue-in-cheek at one and the same time, interspersed with contemporary sideshow vignettes that celebrate and subterfuge the popular theatre, circus and cabaret traditions of the show-woman making a spectacle of herself.

This show sees Marisa continuing in her lifelong quest to use sideshow, magic and popular entertainment forms to explore serious subjects. Here, not only menstruation and menstrual rights but also female body shame, what it means to be ‘female’, issues around fertility, and the lost ancient herstories are scrutinised, politicised & reclaimed. Delivered with wry humour, revolutionary politics and spectacular performances including breathtaking reworks of traditional magic illusions, sword swallowing, hair hanging, and expressionist cabaret, this unique show has attracted public, personal & professional praise since the very first performance.