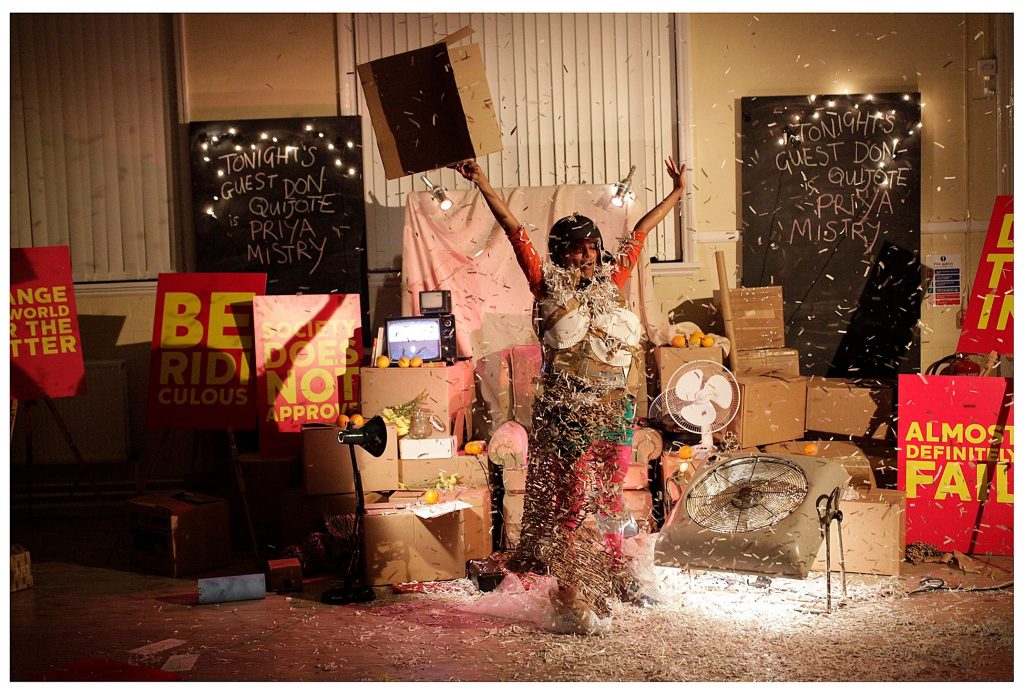 Developed as part of CPT’s Starting Blocks 2013 scheme, and featured as part of the 2013 British Council Showcase, this Don Quijote takes the same brazen attitude as Cervantes, with equal irreverence, presenting its own radical and absurd worldview. It is about how we don’t know what to do with individuals who want to affect change in unconventional ways, about how radicals are either seen as clowns or oracles and about our role as individuals within society – not necessarily to behave like Don Quijote, but to consider our response to those who do.

An exploration of Miguel de Cervantes’ novel, combining incredible visual imagery, anarchic performance & original music. The title role will be played by a secret guest performer, unique to each date. Devised by two-time Fringe First Award winner Emma Frankland & Keir Cooper in collaboration with Último Comboio, this production caresses & assaults the senses in their interpretation of this 400 year old text. Selected for the British Council Showcase for Drama & Dance 2013.